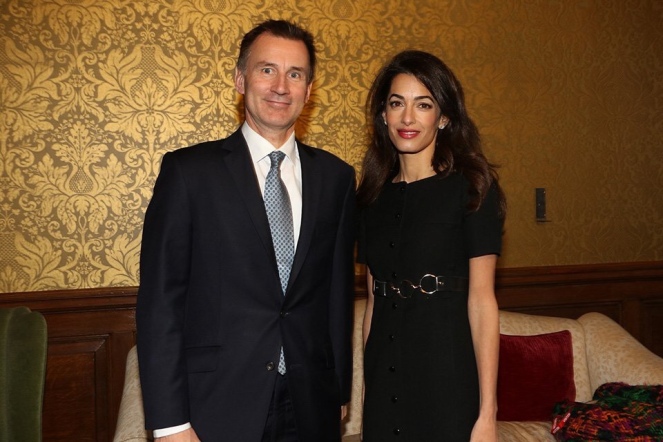 The case of the two Reuters journalists imprisoned for exposing the Rohingya crisis sends a chilling message. Journalism must never be a crime, as Jeremy Hunt discussed with Amal Clooney who is doing a great job representing Wa Lone and Kyaw Soe Oo.

Jeremy Richard Streynsham Hunt (born 1 November 1966) is a British Conservative Party politician serving as Secretary of State for Foreign and Commonwealth Affairs since 2018 and Member of Parliament (MP) for South West Surrey since 2005.